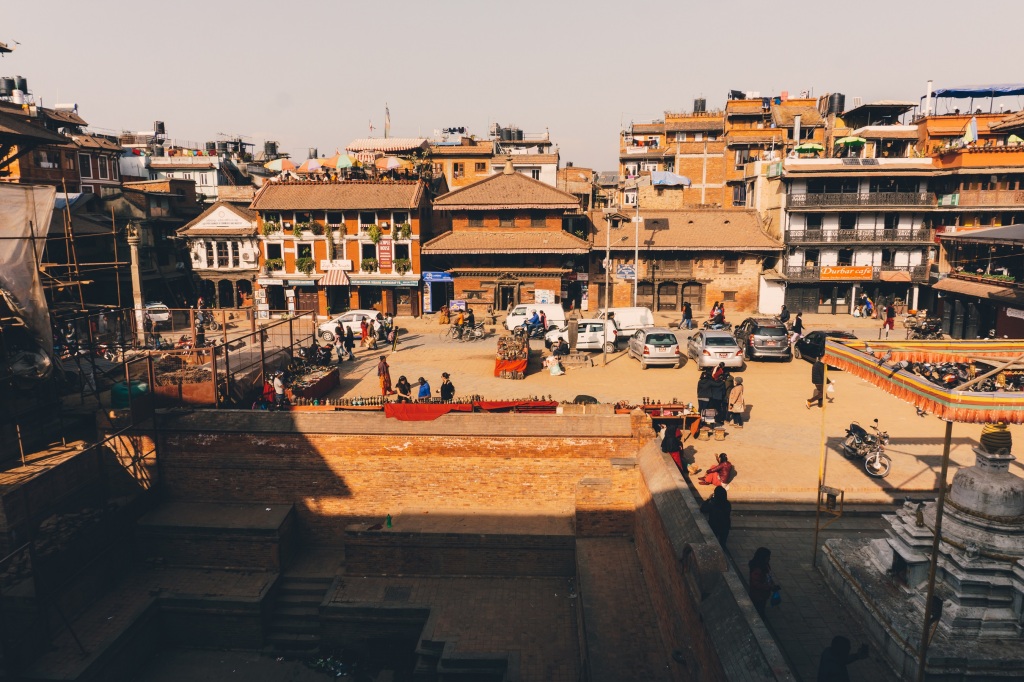 After months if not years of procrastination, I finally booked a weekend trip to Kathmandu on a whim. The travel date was in December, shortly after my return from another trip, and was almost completely unplanned — all three conditions go against my usual travel habits but I thought what the heck, it is just a weekend.

Despite being named among the top ten up and coming travel destinations in the world by TripAdvisor in 2013, many areas of Kathmandu were devastated by the 7.8 magnitude earthquake on 25 April 2015. The earthquake destroyed many historical sites, but more significantly, killed thousands of people and made others homeless. Two years on, the aftermath of the earthquake is still visible, partly because for a year after the main earthquake, Kathmandu was hit with smaller aftershocks which scared the locals and kept them from rebuilding.

I was only in Kathmandu for two days so I don’t think that is nearly enough time to immerse in the culture and vibe of the city, but here is why I think it is certainly worth the trip.

1. Kathmandu needs you: Tourism is an important part of the Nepalese economy, and the earthquake changed all that. Tourist numbers dropped significantly which in turn made the poverty and economic situation even worse. Even if you go for a couple of days, it would definitely help. If you go for longer, consider volunteering in one of the many charities there.

2. History: Kathmandu has a rich history of nearly 2000 years, and the city is literally packed with temples and royal palaces, from Swayambhu (Monkey Temple) with its great view of the city the Boudha Stupa, one of the most sacred sites for Tibetan Buddhism and one of the largest in the world. Do some research and hire a guide to cover the area quicker and at the same time learn about the city’s history and culture. My guide Susan was excellent and I would be happy to provide her contact information if needed.

3. See the Himalayas: While Kathmandu is far from being the best place to see the Himalayas, some local airlines offer relatively cheap flights that would take you over the Himalayas and back to Kathmandu. You are even allowed to go into the cockpit to take pictures of the tallest mountain in the world, Everest. The flights are offered very early in the morning, so even if you are there for a short time, this experience wouldn’t mess up your schedule.

Flight Attendant Kriti Tamang (@krititamang94) writes about how it feels to have the "World's Best Job!" "You wake up in the morning, head for work, and this is it. Happy mountains eargerly welcoming you. How would you feel? Look outside the window & mountains are smiling right by your side. What else would you want in a good morning?" #FlightAttendant #CrewLife #BuddhaAir #FlyWithUs #Mountains #Everest #SeatWithAView #Nepal #Job #Aviation #AvGeek #BuddhaAirNepal

4. Take authentic yoga and meditation classes: Dozens of centers in Kathmandu offer daily classes in various yoga disciplines and experiments with singing bowl healing therapy. Some of these centers also have guest teachers from other countries, and they offer classes for all levels. The key is doing research to ensure that your experience is authentic and non-touristy.

A Nepalese sadhu || in Hinduism, a sadhu is a monk or holy figure who renounced worldly life, and their austere practices are believed to burn off the bad karma of their communities which is why they are widely revered 🇳🇵

5. Attend a cremation ceremony: Remember the emotional rollercoaster I talked about earlier? Hearing about a cremation or watching it on TV is one thing, but seeing it happen in open air with your own two eyes is something else. This was one of the most profoundly emotional moments of my life and I didn’t even know any of the people being cremated. Cremations in Kathmandu happen mainly at Pashupatinath Temple, which is restricted only for Hindus, but you can access the opposite side of the small river and watch as bodies are brought and set on fire as their families and loved one watch. Pictures are allowed but take a moment to appreciate what you are seeing.

The Pashupatinath Temple in Kathmandu is a cremation site for Hindus. Dead bodies (two of which can be seen here covered in orange flowers) are brought, and have their feet washed with buffalo milk (which is visible on the stairs if you zoom in) after which they are set on fire and the ashes are dispersed in the river. Seeing all this is one of the most culturally and emotionally shocking experiences you could have in Kathmandu 🇳🇵

6. Attend a festival or two: On a lighter note, the Nepalese are pretty festive! So festive in fact that they have to work 6 days a week to make up for all the holidays they get each year. The most notable festivals are Tihar/Festival of Lights/Deepawali which is celebrated around the end of October/start of November, Bikram Sambat’s New Year’s which is celebrated in April, Teej, the most important women’s festival, which is celebrated in September, among many others. Plan your trip accordingly and party with the locals!

Indra Jātrā as it is most commonly known as Yenyā Punhi (Nepal Bhasa: येँयाः) is the biggest religious street festival in Kathmandu, Nepal. Ye means "kathmandu" and nya means "celebration", together it means "celebration inside the valley, Kathmandu" in Nepal Bhasa. The celebrations consist of two events. Indra Jātrā is marked by masked dances of deities and demons, displays of sacred images and tableaus in honor of the deity Indra, the king of heaven. The other event is Kumāri Jātrā, the chariot procession of the living goddess Kumari. The picture is of small girl dressed as living goddess Kumari #saparvaOnline #nepal #indraJatra #dktm #thenepalnow #kathmandu #kathmandufestivals #kathmanduites #kumari #kumarilivinggoddess #livinggoddess #livinggoddess #taleju #talejubhawani #talejutemple #newari @newari.beauties

7. All the momos: Momo is a type of steamed dumpling with some form of filling (vegetables, buffalo meat, chicken, etc…) which originated in Tibet but is now popular in places where Tibetans sought refuge. It is the quintessential street food in Kathmandu that you can find at every corner. Notable places to try it can be found in this guide. I tried the ones at Yangling Tibetan Restaurant and they were insanely good. For dessert, have the delicious creamy buffalo curd.

In a nutshell, my very short two-day trip to Kathmandu humbled me and made me more appreciative of the MANY things in life that I take for granted like running water in my house or a TV in my living room.

flydubai has daily flights to Kathmandu with the advantage of a late flight on Thursday to Kathmandu and an afternoon flight on Saturday to Dubai so you can make the best out of the weekend.

If you need more information on where to go, eat, stay and how to tour in Kathmandu, shoot me an email at hello@georgerishan.com and I would be happy to help.