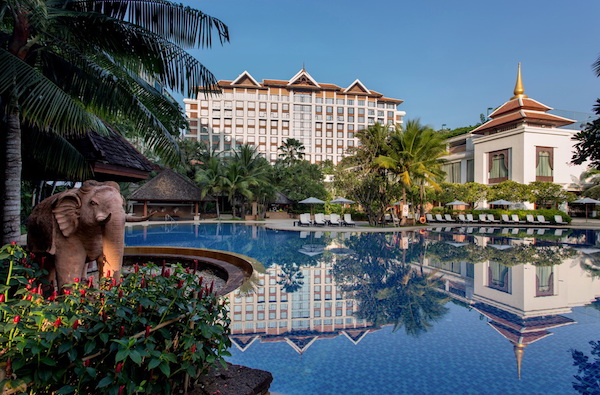 After spending a couple of days at a cute little Airbnb in Chiang Mai, which recently became one of my favorite cities in the world, I checked into the Shangri-La Chiang Mai, located literally on the opposite side of town from where I was staying. Having loved the side I was staying at, I was looking forward to exploring this new part of town.

Following a quick check in process, I took a self-guided tour of the 277-room-hotel, and the first thing you would notice is where did the street noise go? Despite being on a busy street, the Shangri-La itself is acoustically isolated from the street to ensure a good night’s sleep. The other thing I noticed is the hotel’s focus on food with several Michelin star chefs visiting the hotel each year and other cool offerings such as all you can eat dim sum and open lobster buffet, which is something you probably won’t see elsewhere in Chiang Mai.

Another thing that caught my attention was the lush greenery in which the hotel is located. Despite being a city hotel, the Shangri-La has well appointed gardens and you will see nothing but green as you leave the lobby and head toward the pool.

Back to food (which is probably one of the main reasons anyone would come to Thailand!), the Shangri-La Chiang Mai has two main dining options, and a lobby and pool lounges. 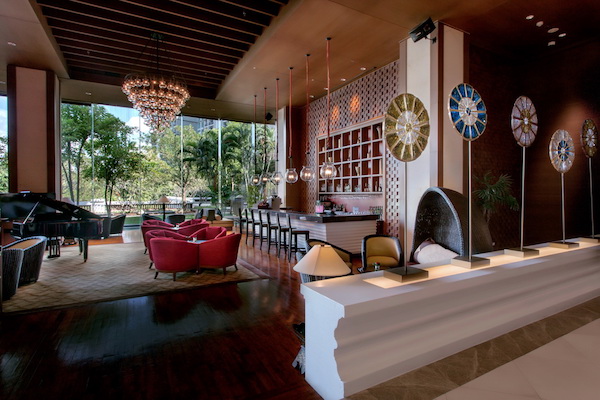 The rooms at the Shangri-La Chiang Mai are spacious and well-equipped with the amenities you would expect from the brand. Its beds are comfortable with excellent water pressure in the shower, which believe me you will need after playing in the mud with some rowdy elephants.

All in all, it was a good short stay at the Shangri-La Chiang Mai. If you want to skip on the food at the hotel, the neighborhood has a lot of options including a Middle Eastern/Emirati restaurant and a solid coffee place almost just across the street from the hotel.

Have you ever been to a place that you fell in love with the moment you set your foot outside the airport? That was Chiang Mai for me: the relaxed pace of life here is powerful enough to ground the feistiest of travelers 😴 thanks to @shangrilacm for being a home away from home 🇹🇭